Valerian root is obtained from the root section of the valerian plant (Valeriana officinalis). The valerian plant is originally a native European and Asian plant. However, it is now widely cultivated in North America and other parts of the world.

Valerian root is often used as a sedative or sleep aid due to its anxiolytic and sedative properties. Valerian root is readily available in various forms such as in supplement form or as a brewable tea.

Below are various health benefits of valerian roots;

2. Reduction In Symptoms Related To Menopause

Valerian tea has been proven to mitigate the frequency and brutality of hot flashes and sleep disorders, hormonal imbalance, and psychological issues in menopausal women.
(https://www.ncbi.nlm.nih.gov/pmc/articles/PMC3813196/)

It is used to treat gastrointestinal pain and irritable bowel syndrome by reducing muscle spasms that cause stomach cramps. It is however recommended to be used for short-term treatment in this case.

People who suffer from mood disorders usually turn to Benzodiazepines which are highly addictive and come with a whole bunch of nasty side effects. Once they stop using this drug, they develop withdrawal symptoms as their bodies become dependent on the drug. This is where valerian root comes in, by helping the patients fall asleep as they get off sleep medication.

Elderly people who go through surgery are more susceptible to memory loss. Studies carried out have shown that valerenic acid is responsible for improving your memory by decreasing oxidative stress in the brain.

6. Helps In The Treatment Of Insomnia

Since its discovery, the valerian root has been used to treat sleep disorders as it contains some sedative properties that promote natural sleep. It does this by increasing the gamma-aminobutyric acid (GABA) levels in the body which may have been diminished as a result of stress. Valerian root has also been effective in improving quality of sleep before surgery.
(https://www.ncbi.nlm.nih.gov/pmc/articles/PMC4394901/)

Valerian is known to be the very first medicine for treating people with epilepsy. Besides functioning as a sedative, it has properties that prevent convulsions. It has also been proven to control epileptic seizures.
(https://www.ncbi.nlm.nih.gov/pubmed/19900527)

Valerian root reduces bloating in the stomach by getting rid of gas via the gastrointestinal tract. It is, therefore, a good remedy for treating colic in babies.

Valerian helps in the management of stress by increasing GABA (gamma-aminobutyric acid)  levels which tend to diminish when one is stressed. Not only does it reduce psychological reactions to stress, but physical ones as well such as a fast heart rate.
(https://www.ncbi.nlm.nih.gov/pubmed/25495725)

Valerian, mixed with lemon balm, has also proven to be effective in improving hyperactivity in children. It helps them to calm down, consequently increasing their focus on activities.
(https://www.ncbi.nlm.nih.gov/pubmed/24837472)

Symptoms of depression such as anxiety and insomnia can be treated by administering valerian root. It is not a proven cure for depression but goes a long way in treating the symptoms associated with it.
(https://www.ncbi.nlm.nih.gov/pmc/articles/PMC3983753/)

Due to the fact that valerian can overpower muscle spasms, it is used to treat cramps caused by painful periods during the shedding of the uterine walls.
(https://www.ncbi.nlm.nih.gov/pubmed/21959068)

14. Helps In The Recovery From Alcohol And Substance Abuse

It is a preferred home remedy for alcohol and drug addicts who do not want to face an embarrassment of going through rehabilitation centers and doctors. Valerian root has the ability to sooth the nervous system as it contains valepotriates (which comprise the most vital chemical compounds in valerian root) in very high concentrations.

Valerian root improves the elasticity and strength of blood vessels which consequently improves the health of the heart. It is also known to reduce blood pressure and treat palpitations.
(https://www.ncbi.nlm.nih.gov/pmc/articles/PMC4695638/)

Being a nerve disorder, Restless Leg Syndrome (RLS)  can be treated with valerian root as it calms the nerves that cause that throbbing feeling in the legs.
(https://www.ncbi.nlm.nih.gov/pubmed/19284179)

17. Increases The Chances Of Dreaming

People who have taken valerian root to treat insomnia have reported having intense and vivid dreams. This is normally a result of the increase in GABA levels in the brain that help one to fall asleep naturally.

Valerian root gives relief from migraine pain by either preventing it or decreasing the duration and level of pain caused by a migraine. This is due to the calming properties it has on the nerve cells.

People who have used valerian root to get relief from knee pain have reported marked improvements.

20. Works As A Cough Remedy

Valerian root has diuretic properties that fuel the production of urine which in turn helps to naturally get rid of extra fluids in the body.

Rats cannot resist the smell of the valerian root. That is why it acts effectively as bait placed in a rat trap.

Valerian root balances out the chemicals in the brain. It specifically targets those that cause anxiety which is a major symptom of OCD.
(https://www.ncbi.nlm.nih.gov/pubmed/22718671)

24. Helps To Treat ADHD In Adults And Children

Low levels of GABA in the brain can cause one to be restless and develop obsessive behaviors, which are common symptoms of ADHD. When given valerian over a period of two weeks, children and adults suffering from this condition would definitely see an improvement.
(https://www.ncbi.nlm.nih.gov/pmc/articles/PMC4757677/)

25. Used As A Natural Sedative

Sedatives are not readily available in pharmacies and you would need a doctor’s prescription to buy them. Valerian root, however, has sedative properties that help to calm the nerves and make one sleepy. It is usually used for short-term treatment of depression and anxiety.

Valerian root is also beneficial in reducing hand tremors that happen as a result of anxiety since it is popular for its calming properties.

It has been used to treat people who suffer from excessive sweating, especially those that experience it through their palms. For this condition, it is taken in the form of tea and can be combined with other herbs.

Side Effects Of Valerian Root

Due to the sedative nature of valerian root, it could impair the normal metabolic functioning of the stomach. Valerian root could also cause headaches and potential complications during pregnancy. As such, avoid taking it if you are pregnant. Furthermore, as valerian root affects the nervous system, avoid taking it before going for a surgery. Consult your doctor before taking any supplement. 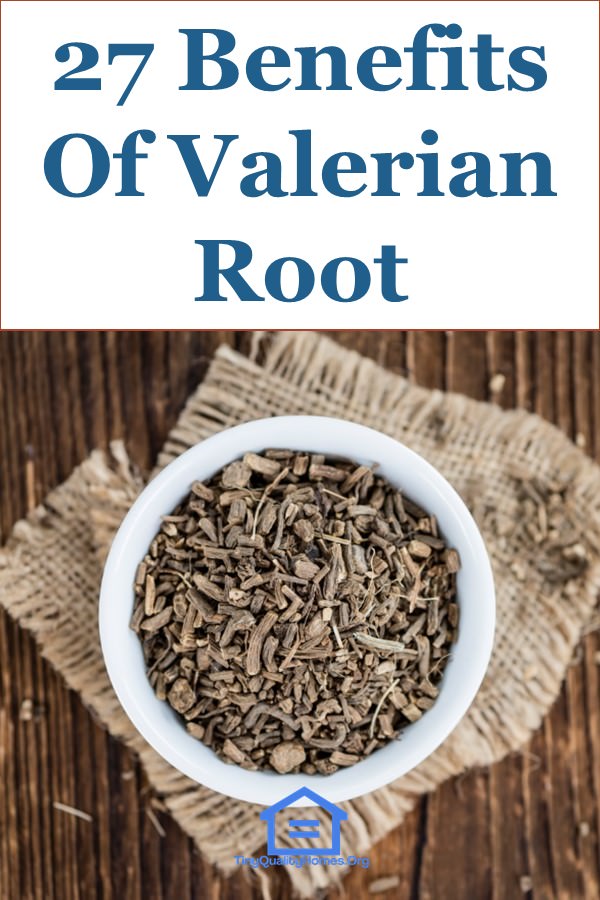