Gallstones are hard, pebble-like deposits, usually made of cholesterol or bilirubin, that form in the gallbladder.

You can have gallstones without knowing that you do. However, gallstones could be uncovered during a routine checkup. If a gallstone blocks a duct or tube that drains bile from the gallbladder, you could experience symptoms such as; back pain, pain on the right side of the abdomen, indigestion, bloating, vomiting or nausea, and clay-colored stools.

Having gallstones could be a painful experience and it is recommended you consult your doctor for treatment and diagnoses.

Below are 20 home remedies and natural treatments for gallstones;

Turmeric is a common ingredient in most dishes. Curcumin, in turmeric, is widely known for its antioxidant and anti-inflammatory properties. Using turmeric in food helps to boost bile solubility. This is important as it ensures the gallstones are not easily formed. You will need to use a half teaspoon of turmeric every day to stay healthy against gallstones.
(https://www.ncbi.nlm.nih.gov/pubmed/26335572)

Research shows that most gallstone cases are caused by hardened cholesterol. Pear has pectin, which binds to gallstones, filled with cholesterol, and easily flushes out the stones. On top of this, pear juice in natural, and thus wouldn’t harm to give a try as a remedy for gallstones.

Lemon juice prevents the liver from producing more cholesterol, promoting the gallstones recovery process. Thanks to the lemon’s pectin content, lemon juice is also able to reduce gallbladder pain caused by the gallstones. Moreover, the vitamin C in lemon aids cholesterol to dissolve in water, speeding up the removal of gallstones.

Dandelion has a compound called taraxacin, which assists in bile excretion from the liver. Dandelion also assists to metabolize and detoxify fat that has accumulated inside the liver. Dandelion also helps in gallbladder functioning as well. To go about this remedy, place a teaspoon of dandelion root in a cup, pour hot water on it, cover it, and let it sit for about five minutes. Add honey for taste and drink the contents. Repeat this process two to three times a day for about two weeks.

POPULAR:  How To Get Smooth, Clear, & Spotless Skin - 35 Home Remedies

Since it is a good source of soluble fiber, psyllium is considered as a great home remedy for gallstones. Its fiber binds to cholesterol in bile, which assists to prevent the formation of gallstones. It also helps bowel to move normally, reducing the risk of congestion in the gallbladder system. Moreover, psyllium prevents constipation, which is usually caused by increased gallstone formation.

Milk thistle is an herb that originates from the Mediterranean region. It has been used on several occasions as a remedy for gallstone prevention and liver cleansing. This is made possible by milk thistle’s active component, silymarin, which reduces gallbladder pain and shrinks gallstones. Milk thistle can be added in its powdered form to milk and juices. If you don’t like the taste, you can add it to your snacks and salads instead.

Cranberry juice has dietary fiber which plays a role in reducing cholesterol levels in the body. This goes a long way in preventing the formation of gallstones. The acidity of cranberry juice also helps to prevent accumulation of bile salts in the digestive system.

If you experience gallbladder attacks on a frequent basis, then coconut oil would be a perfect remedy for you. Coconut oil has essential fats that are easily digested by the liver. By taking coconut oil, you can prevent accumulation of unhealthy fats, bile salts, and cholesterol.

Add the same amounts of cucumber juice, beetroot juice, and carrot juice to cleanse and strengthen your liver and gallbladder. This mixture is also effective in cleansing your blood and colon. The high vitamin C in carrots and high water amounts in cucumber are effective in detoxifying the bladder. Take this juice twice a day to achieve a trouble-free bladder.

Research shows that people with a high amount of vitamin C, also known as ascorbic acid, in their bloodstream are less likely to get gallstones. One red bell pepper has 95mg of vitamin C. Due to this, red bell pepper can play a major role in preventing gallstones.
(https://www.ncbi.nlm.nih.gov/pubmed/8455479)

Due to its medicinal and healing properties, castor oil is considered as one of the most powerful remedies for gallstones. Castor oil decreases the presence of gallstones in the gallbladder. It also has the ability to reduce inflammation, which eases the pain caused by gallstones.

Taking wine on a regular basis helps to decrease the risk of developing gallstones. Interestingly, wine can relieve gallstones pain within about 20 minutes of the wine consumption.

Radish, especially black radish, is a great home remedy for gallstones. This is mainly because radish is rich in roughage and fiber, which help to boost the digestive process. In addition, radish helps manage bile production and maintains the gallbladder and the liver in proper condition.
(https://www.ncbi.nlm.nih.gov/pubmed/23495001)

Green tea is rich in antioxidant and anti-inflammatory properties, which makes it a perfect remedy for gallstones.

Taking a cup of coffee on a daily basis can help ease gallbladder conditions. Research shows that people who drink around three cups of coffee per day have a 40% less chance to get gallstones than those who don’t. This is true because the caffeine contained in coffee stimulates contractions by the gallbladder, making passage of gallstones easier.
(https://www.ncbi.nlm.nih.gov/pubmed/10367821)

Consuming foods rich in fiber and avoiding fatty foods and sugary snacks can assist to keep your gallbladder in a healthy condition.

Studies show that women who consume a lot of nuts, lentils, lima beans, and beans are more resistant to gallbladder problems than those who don’t consume a lot of these foods. This is so due to the fact that these foods are rich in fiber, which prevents gallstones by binding to bile in the gut, and to food cholesterol. This aids in their removal from the body.
(https://www.ncbi.nlm.nih.gov/pubmed/25020181)

Many kinds of fish like salmon, tuna, herring, and lake trout offer healthy omega-3 fatty acid, which is essential for the prevention of gallstones. Despite this, you should limit intake of fish with too much fat content. In addition, avoid fish that is canned in oil like sardines in olive oil. 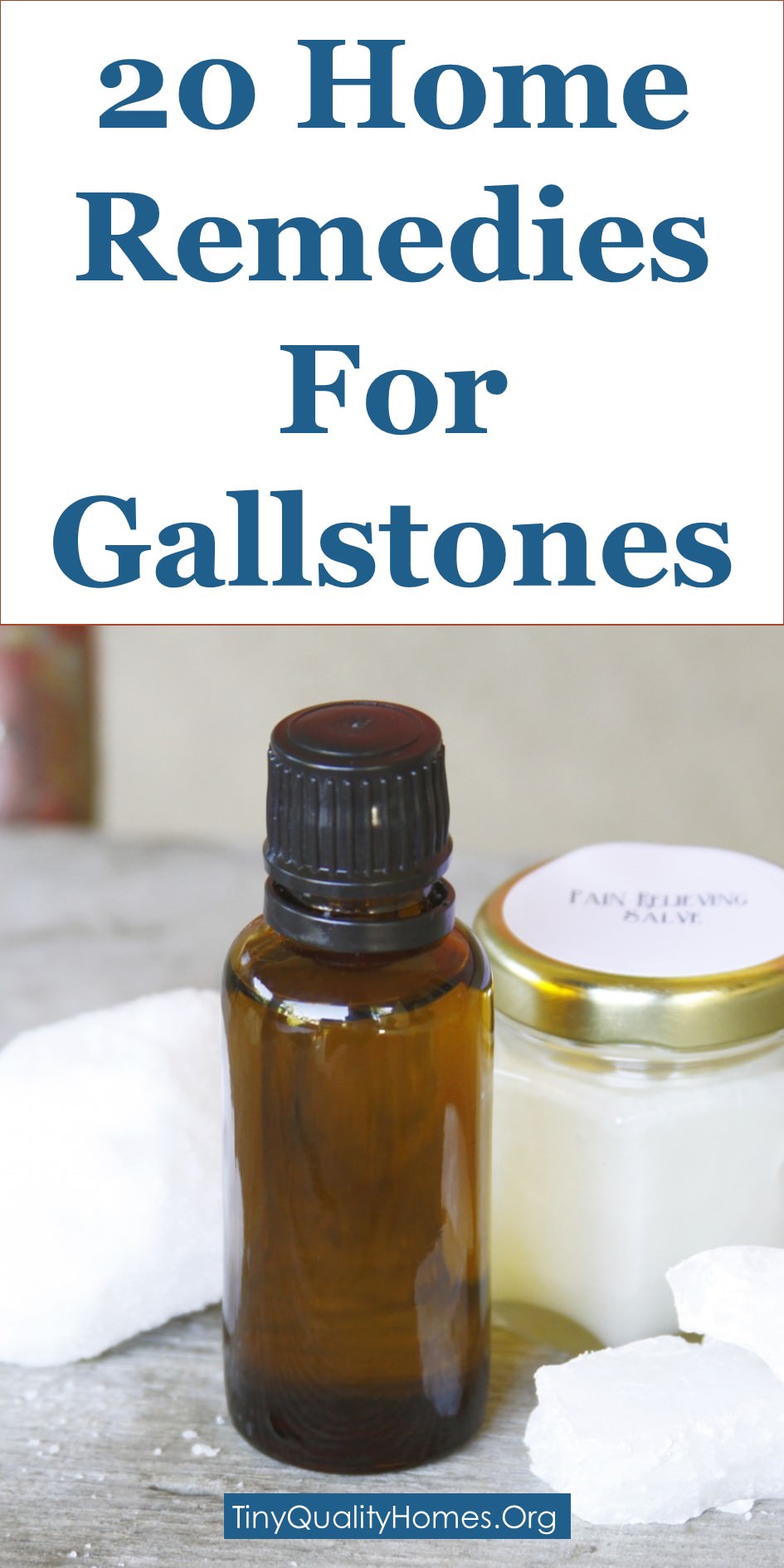