15 Home Remedies & Wasp Repellents To Get Rid Of Wasps (Yellow Jackets, Hornets, Etc) And Their Nests

Wasps are dangerous and aggressive insects.

In recent years, there has been an increased invasion of wasps in North America. That’s why it is a good idea to know some simple ways to repel or deter them from your environ.

Yellow jackets and hornets are two of the most common types of wasps.

Here are some good practices to note when dealing with wasps;

Below are 15 home remedies to get rid of wasps (such as yellow jackets and hornets) and their nests;

Peppermint oil is a great insect repellent and can be efficiently used to deter the buzzing wasps. The strong odor will irritate the insects and they will stop flying around your yard.

This remedy is non-toxic and is safer than most chemical repellents. Add about 30 drops of the oil to a mixture of 500 ml water and a little dish wash liquid or shampoo. Fill a spray bottle with the solution and spray it directly on the nests of wasps to deter them.

If you locate a wasp nest in the ground, this could be an excellent home remedy to get rid of them. Block one of the exits of their nest with a stone while placing a big transparent glass bowl over the other exit.

Another way to kill the wasps having nests on the ground is to place dry ice at the main entrance of their nests.

Cover the ice and the hole with mud or dirt. As the dry ice cools the nest and also displaces oxygen with carbon dioxide, the wasps will use the little remaining oxygen left in an attempt to generate heat and would eventually suffocate themselves.

If possible, cover all the other exits in the same way so that they are not able to escape.

Besides the many uses of vinegar, it can be used to get rid of wasps in an excellent way. All you have to do is take a cup of water and mix it with an equal amount of vinegar.

Spray this solution to places where you notice them. It will not kill them but repel them from your place.

Wasps, such as yellow jackets, do not tend to enter territories of other insects and do not build their nests within 200 feet of other nests.

Therefore, a fake wasp nest will make them sense a new colony in the vicinity and they will try to move away from your home or garden.

If the wasp nest is aerial and has easy accessibility, you may try this method. Just take a cloth bag and carefully place it over the nest.

Tie it off and put the bag in water so that the nest along with the wasps get drowned.

This remedy should be performed with great care as the insect may sting you if they sense any danger.

Wear protective clothing and do it at night when the insects settle down in their nests. Avoid using flashlights as it may excite the insects.

Pouring hot boiling water in the wasps’ nest is a good way to get rid of the entire colony. Just boil enough water to drown the nest and pour it over their nests.

You may also add some natural insecticides that are easily available in your homes such as boric acid or neem oil so that none of them can escape.

Creating smoke just under the nests of wasps is another great way to get rid of them.

This method is useful when the nest is out of your reach. Just light a fire exactly under their nests so that it covers the entire nest for some time.

Keep adding more fuel if needed. They will suffocate and get killed or will be repelled. Make sure to wear protective clothing before doing this.

Wasps, such as hornets and yellow jackets, do not like the smell of lemons and cloves. So, if they are bothering you buzzing over your head, just place a half cut lemon and 8-10 cloves in a saucer. Repeat this regularly to check the entry of wasps in your home.

Cinnamon contains eugenol which repels insects including wasps (such yellow jackets and hornets). The strong smell irritates the insects and can make them move away from your home or garden.

Sprinkle some cinnamon powder over their nests to repel them. Repeat this for two weeks to completely get rid of them.

A herbal insecticide made from neem oil is great for killing wasps. It contains the compound azadirachtin which destabilizes their internal systems killing them effectively.

Spray a solution made of neem oil and water over their nests to get rid of them in a natural way.

Boric acid is another good natural insecticide and can be used to kill wasps. Generously spread boric acid near the wasp nests and watch them vanish in a few days.

Sprinkling diatomaceous earth on the wasp nest helps in killing them by drying them out.

It is a white powder made from the fossilized aquatic organisms and is extensively used in skin products, food manufacturing, and farming.

Take 4-6 tablespoons of this powder and spread evenly over their nests to kill them.

Spraying the wasp nests with a solution of cedar oil and water would help in killing them fast. The oil acts as an herbal insecticide suffocating and dehydrating the insects.

POPULAR:  24 Quality Home Remedies To Get Rid Of Oily And Greasy Hair

You may also pour boiling water mixed with cedar oil over the nests to prevent any escape by the insects.

The best, cheapest and easiest way to get rid of wasps and yellow jackets from your home and garden is to use the soapy water trap.

Soap tends to clog the breathing pores or spiracles in their body. Thus, suffocating them and making them die. It is better than any chemical insecticide which may take hours to kill them.

Make a solution of liquid dish soap and water and spray it directly on their bodies and nests.

Don’t forget to wear protective clothing as irritating them increases your chances of getting stung.

Growing certain plants and trees in your garden or yard can naturally protect you from many insects including yellow jackets, hornets and other types of wasps.

Some of these plants are eucalyptus, wormwood, citronella, and mint.

The strong odor from these species of plants naturally repels the insects while increasing the air quality and beauty of your garden. 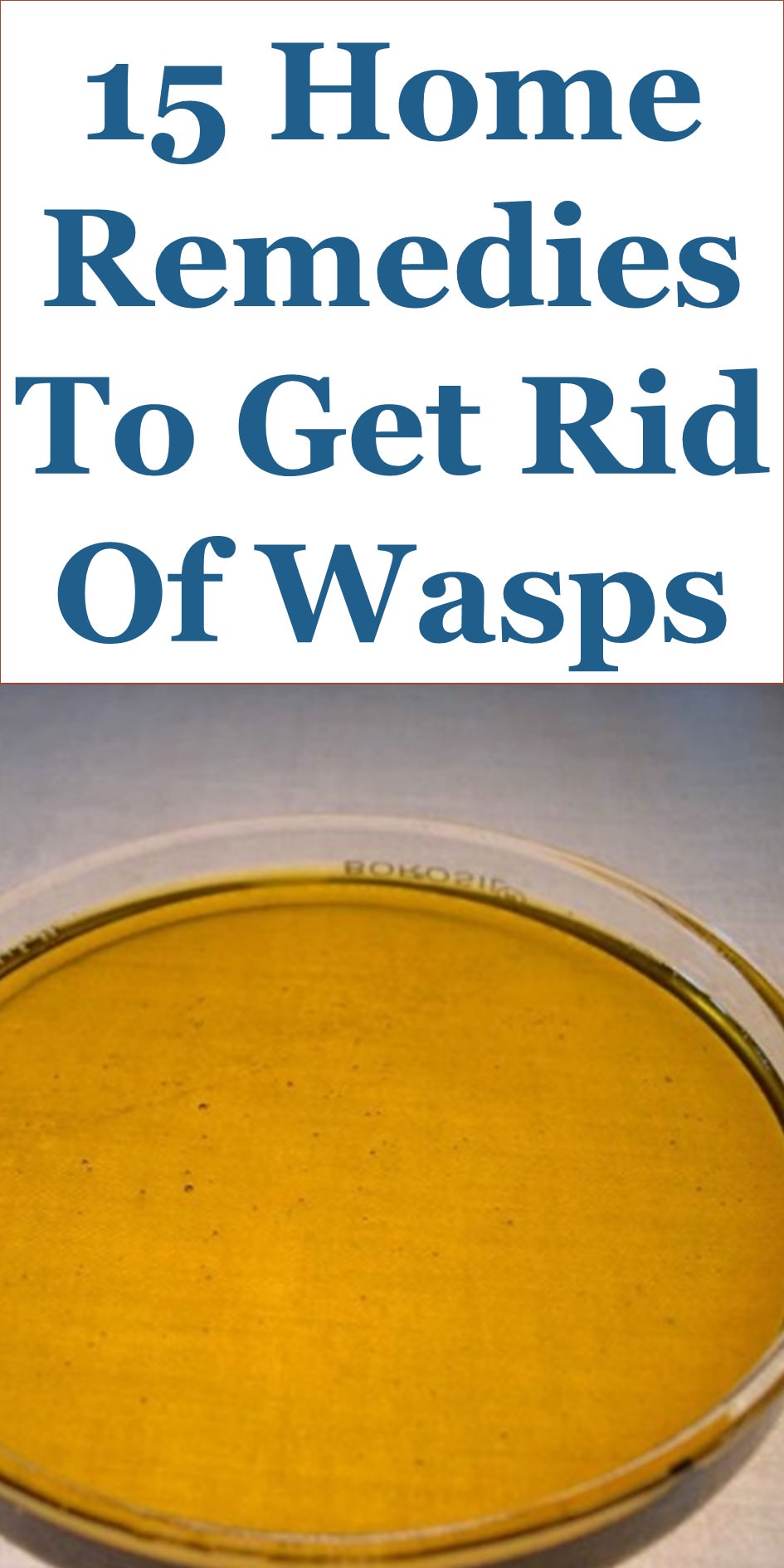